Whitelist: a new concept in self-publishing, with a disturbing concern underneath 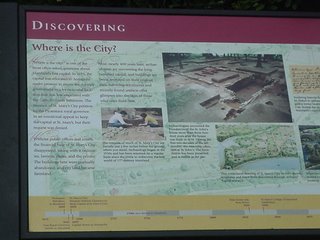 Tara Bahrampour has a story in The Washington Post, Jan. 2, 2006, Metro, "'Dear Diary' becomes 'Dear World': Teenagers use sites to vent, communicate.” The link is this.

A related story occurred just a couple days earlier more recent story is by Martha Irvine, "Some Rethink Posting Private Info," The Washington Post, Dec. 29, 2006, from the AP, at this link. At least one person working for a public relations firm removed references to that firm, but I have long thought that personal sites (outside of resumes) should not name specific employers (easily searched by engines).

These stories bring up some random and bemusing points. People have always kept diaries, and even when handwritten and private, they could cause ruckuses when discovered accidentally by others (as in a couple of recent episodes of the bizarre NBC soap “Days of our Lives”). Sometimes whole novels are constructed out of diaries and letters. In high school English classes, teachers often have students make handwritten journals into notebooks as an exercise in learning to write. Teachers check these, and these are supposed to be private. (One high school English teacher in northern Virginia carried this on as a blogging experiment, to the worry of school administrators., and logged her experience with a column in the free DC Examiner.) I actually have a diary, in cryptic language, of some of my dreams. That stays private and never gets published (maybe some day in the movies). Even private diaries could be used as evidence by police in investigations (as when personal computers are seized under warrant).

I seem to be balancing off self-expression and openness with paranoia. Perhaps. But it is interesting that now the new Blogger offers the ability to restrict read-access to a whitelist of email addresses, and that social networking sites have been offering subscribers the ability to tighten access and encourage subscribers to use these. Facebook, in fact, was conceived as used only within the school and college community – but that has not deterred some employers from wanting to see profiles. Myspace has been encouraging younger minor subscribers to keep accounts restricted.

Elsewhere, I have talked about the global reach of self-journaling (the link is in yesterday’s post on this blog). The interest of self-publishing companies in offering access whitelist restriction certainly suggests that in the future, employers and families of individuals might demand that individuals take advantage of these features. The insinuation is that access to the entire planetary stage is a privilege to be earned by some kind of social competition, not a fundamental right. There are various implications, of turf-protection, of a “pay your dues” moral philosophy. There are ideas that one should “keep a low profile” to protect himself and others around himself, especially other family members. There are ideas that one need not be proud of oneself in such a public manner. In today’s tense world, such pride has become dangerous.

All of these notions have their place, and indeed the responsibilities of many jobs do require limiting one’s own public self-projection outside the workplace. A particularly disturbing and extreme example of where this can wind up is the military’s “don’t ask don’t tell” idea for gays in the military, a philosophy and mechanism that is all too easy to replicate into other areas.

But we seem to wander back to a lynchpin in the cultural war. Isn’t one’s source of pride supposed to be family and one’s own immediate circle? Isn’t that necessary because we cannot control the dangerous exogenous intrusions from the world?

That seems to be a postulatory question of how we want to look at things.

Personally, I would like to stay on the side of public pride in myself (the idea that I deserve no more than a "low profile" because I am homosexual is personally insulting), but there have been serious challenges lately. I have no plans to whitelist right now, but I cannot guarantee what could be necessary in the future. That is one reason why it is important to stay tuned to what is going on, and why I am trying to help people stay awake.

Picture: Layout of St. Mary's City, Maryland, one of the earliest colonies.
Posted by Bill Boushka at 8:15 AM