Blogging and the FEC: Redux 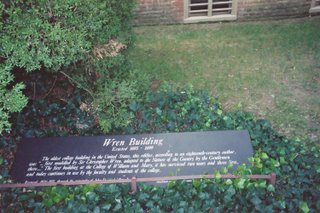 In March 2005 Bradley Smith wrote a stinging editorial “The Coming Crackdown on Blogging:… the freewheeling days of political blogging and online punditry are over” for News.com, link here. We had a lesson in experience about the power of just one blogger with the 2006 interim elections when Republicans lost control of Congress, partly because of Mark Foley’s email behavior with pages. But this posting, now aged by two years, referred to the brewing controversy then over campaign finance reform, McCain-Feingold, and the possibility (after a court opinion) that bloggers would have to be regulated because they were making “indirect” campaign contributions.

The Washington Post and Washington Times faced off on Oct 11 and Oct 12 2005 with two editorials, “Cyber Loophole” and “Suffocating the First Amendment”. The Times was concerned that most bloggers who commented on political matters at all could be shut down unless they had the deep pockets of publishing giants to hire lawyers to perform the necessary due diligence of campaign law compliance.

Congress had tried to relieve this issue with an “Online Freedom of Speech Act” HR 1606, and in early 2006 the Federal Elections Commission provided with relief with rules that seemed reasonable enough, for the most part, focusing on reportable contributions to bloggers. “Free entry” people like me would be left alone. Here are two relevant links: Press release, and pdf file.

The editorial battle in October 2005 was tangentially involved with a workplace incident that affected me, and I can’t be real specific yet as to how. I can say, however, that the FEC issue (of two years ago) is similar in principle to a debate that is going on today about employers’ concern over associates’ and applicants’ blogs and social networking sites, regarding such possibilities as compromise of confidentiality and the accidental downstream liability that could result from “dreamcatching” – mock self-defamation to make political points. Other concerns include attracting hecklers or vandals, although there is much that can be done technically (in security areas) yet to reduce these risks.

Cyberspace, and particularly the blogosphere, has become an alternate dominion, or perhaps a “Pan’s Labyrinth” for introverts who do not like competing in conventional familial, social and business hierarchies. This is a particularly sensitive matter now with LGBT issues and people, who may resist being forced to prove that they can “compete” and “pay their dues” according to established social norms. And, as we have often seen, so much of conventional politics and executive leadership of business is about being paid to take sides and ignore intellectual honesty.

Robert Barnes and Matthew Mosk have a story in the January 20, 2007 The Washington Post, "High Court to Revisit Campaign Finance Law: New Lineup on Bench Will Consider Ad Limits", at this link. Although the McCain-Feingold law as a whole was upheld 5-4 by the Supreme Court in 2002, an appeals court (3 judges) overturned the provision on mentioning specific candidates in issue-oriented ads within 30 days of a primary and 60 days of a general election.
Posted by Bill Boushka at 5:03 PM