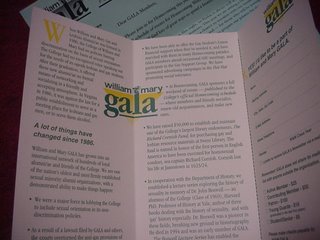 The “payoff” of my first DADT book was a proposed constitutional amendment strengthening the Bill of Rights with a detailed list of fundamental rights. The text is "TWENTY-EIGHTH AMENDMENT" here.

Of course, many people think that it is dangerous to tinker with the Bill of Rights, and when they were added, there was controversy that its very existence implied that the federal government has powers beyond what is explicitly stated. Later, with the 14th Amendment, there was further controversy about the incorporation doctrine, application of the Bill of Rights to limit the powers of states.

During the 1990s, there was considerable talk in libertarian circles that the main causes of social injustice come from government itself. An underlying concern was the desire of government to meet the needs of one person, however needy, by expropriating property or freedom from someone else; however such “Robin Hood” motives appeal to some people, they often hid a motive to buttress existing political power. It was easy to come up with a long list of potential abuses of the individual by government. For example

. Sodomy laws (now addressed by Lawrence v. Texas, 2003, but in the 90s the law of the land was Bowers v. Hardwick, 1986.
. Cohabitation laws
. Miscegenation laws (invalided in 1967)
. Laws protecting someone from harming himself with “controlled substances” (the “War on Drugs”)
. Internet censorship laws aimed at protecting minors (CDA, COPA)
. Abortion (a real conundrum, with the “right to choose” in opposition, as established by Roe v. Wade)
. Contraception laws (before Griswold v. Conn, 1962)
. Conscription (the draft was stopped in 1973, but even now there is talk of resuming it, as well as “national service” and the effective “backdoor draft” in Iraq)
. “The right to be left alone” – often discussed with other problems in this list but of particular concern to military servicemembers (the military gay ban for which “don’t ask don’t tell” was a clumsily conceived compromise from Bill Clinton), teachers, law enforcement personnel, people with security clearances and other sensitive jobs
. Older laws that had made racial minorities second class citizens (Japanese interment, the Jim Crow laws, older constitutional provisions that had made blacks legally partial persons)
. Eminent domain
. Civil asset forfeiture
. Gun control
. Zoning and abusive licensing laws hampering small business

Generally, the argument went like this: if governments could not enact such measures, the greater individual freedom would promote equality and social justice. There was discussion in some circles of a “Bill of Rights 2”. I developed this with a major essay in 1999.

One can debate whether these “threats” should be met with amendments, litigation (often done), or the normal political process, which always invites “the tyranny of the majority.” Many of these laws are motivated by notions of “public morality” which is seen at odds with individual sovereignty or personal autonomy—a desire to protect the most vulnerable through the family structure.

It is constructive to go back and review the notion of “fundamental rights”, which I take up in this slide show, and in my “Our Fundamental Rights” booklet (1998).

Associated with “fundamental rights” is the issue of “social rights,” like universal health care, which generally can only be secured by taxation or by government management to protect some citizens at the expense to others. The concept of individual “moral hazard” comes up, which to many is an offensive idea.

A social philosophy that would encourage buttressing individual rights further has a flip side – hyperindividualism, that can have disturbing implications for meaningful family life and the ability to both raise children and care for the elderly, down the road, as well as for the participation of the disabled in productive society. If one, for example, postulates that one has a “social right” to custodial care and meaningful social interaction when in extreme old age or disability, then responsibilities, particularly filial responsibility, has to be expected of others. Liberals and conservatives, then, debate how collective responsibilities must be shared, but the more subtle point is that it is painful to be forced into awareness of them (ideas like “moral hazard”) at all.

See the associated discussion of the marriage amendments and DOMA at this blog entry.
Posted by Bill Boushka at 2:25 PM