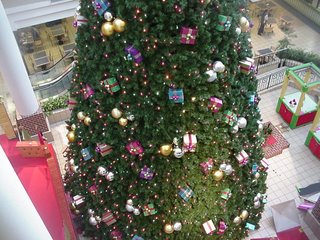 There are, as the old proverb says, “many roads to Rome.” Blogs, personal websites, and social networking site profiles have become controversial during the past year as a way to become “famous”.

If you go into Amazon.com or imdb.com (or movies.com and some other sites), you will often find, for many books and movies, many reviews. Many of them are detailed, original, and well-written. On these sites, one can click on the reviewer and find all of the person’s reviews, selected and grouped conveniently in relational fashion.

Books and movies get “grades” (A through F, or a number of stars) from reviewers, that are averaged onto a “report card.”

Do movie studio executives read these reviews and take what customers say on them seriously? I hope that they do sometimes. We all know, of course, how much of conventional media and publishing is a numbers-driven and bottom line business when public companies are involved. But one would hope that the well-conceived customer comments about a film like “Blood Diamond,” or “An Inconvenient Truth” would influence studio and hedge fund investors about what projects they would support in the future.

Peer reviews (including the average scores) can also impose some “market driven” discipline on the quality of products (especially self-published books, music, and now, sometimes, DVDs) that newbies offer themselves to the open market. One problem with many of the reviews, however, is that they often deal with only part of a particular work, when the reviewer is disturbed by the attitude of the author or artist. You need a number of independent reviews. In a sense, the same idea can exist with blogs themselves when they try to sell advertising: how many legitimate clicks and purchases can they persuade the visitors to make?

Some media companies (one of the best known is CWTV, previously TheWB) offer message boards to discuss all of their shows. The quality of the postings on these boards tends to be superficial, with many visitors making silly remarks about the stars or characters. These are less likely to give executives an idea of what customers really want (beyond what they can tell from the ratings).

So far, I have posted my reviews on my own website (doaskdotell.com). I can correlate the movies, books and plays into logical groupings that in turn add to the value of the content. I have some “combinatorial” reviews on the blogs, along with specialized news items about these media. The e-commerce sites would group all of my reviews together into one object on any site. Nevertheless, these sites offer advantages, such as the ability to score, and get more comments on the reviews. The sites also let readers score whether the reviews themselves are useful. The reader scoring provides a secondary market mechanism to "discipline" reviewers.

Another issue is moderation. Sometimes reviews cannot be posted until they have been screened for offensive or inappropriate content. One issue is that in some reviews, I do like to bring a personal perspective that I think is valuable, but that wouldn’t be as appropriate on an e-commerce site. Also, I get my own statistics, and I can see from Urchin reports what search arguments cause my reviews to be found. I can tell that there are quirky subjects (often involving body image) that concern many visitors.

E-commerce sites would appear to allow reviewers to use pseudonyms (but then again, so can bloggers). In general, reviewers can closely restrict how much personal identifying information that they put in a public space. (I am not aware that they can whitelist the reviews from e-commerce sites, as that would defeat the business model for e-commerce.) The e-commerce reviewer setup would appear, in a practical sense, to outflank many of the over-exposure problems that employers (and even families) worry about with job applicants and students using social networking profiles and blogs. This is an opportunity that I might consider carefully in my own future employment situations.
Posted by Bill Boushka at 8:21 AM