Knowledge management, faith, and a profile 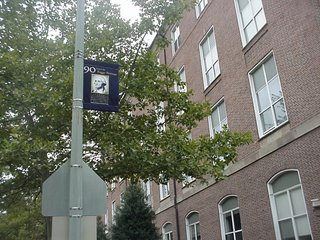 Of course, there is a certain arrogance in the “knowledge mastery” that I have proposed in the previous posting. We can save ourselves with Wissenschaft, like in the Strauss tone poem, Also sprach Zarathustra, the opening measures of which heralded the sunrise in space in the famous 1968 Kubrick film 2001: A Space Odyssey. We have the freedom to explore the world and try things out and take the risks; we can get hurt.

Andrew Sullivan has an essay in the Oct. 9, 2006 issue of Time, “When Not Seeing Is Believing.” He discusses the essential intellectual paradoxes about doubt and belief that must precede faith. A graduating Fairfax County, VA high school senior wrote in a 2005 high school newspaper, “How do you turn from the cold empiricism of science to take the step to unify Man and hope? Sometimes you need to abandon skepticism and cynicism, and live with a little faith.”

The trouble is, of course, is that many branches of many religions preach faith as a belief system to be handed down from on high and from some scripture (as a “manifesto”) and believed without critical thinking. This is utopian thinking, that God will provide everything, whatever your own best efforts are as an individual. You should not have to save yourself. It is intended to sound reassuring.

What follows from scripture, they say, are the norms of social and sexual morality. All of the ideas about abstinence until marriage go beyond individual accountability as the commercial and legal world understands it. It is a deep social pact that is supposed to take care of anyone within any one tribe. Everyone owes some obligation to one’s own blood, to help provide and raise the next generation, and care for the preceding one. Social justice beyond the family and community is ordinarily beyond any one individual’s purview. Even the Gospels seem to say that. The central problem, then, with the presence of gay people is its very diversity: it is the “narcissistic” distraction and competition that it provides, that would lure a lot of marginal people away from the protective socialization of family life. In family matters, understanding and “knowledge management” is not always a welcome thing. Political fights over gay issues turn into polarizing battles using such concepts as bigotry and minority groups. But they miss the central point about individual liberty.

What you have to accept with any progressive system of values is increased personal responsibility, a lifting of some social protections in exchange for greater freedom, which, we hope, pays off more dividends for all in the long run. The devil is in the detail, and they can be enormously intricate, like a Chinese puzzle in one of Clive Barker’s novels—-hence “knowledge management.” Many people, however, have become socialized to such an extent that they depend upon an unquestioned system to social and filial obligations (including emotional connections) to sustain them, leading in extreme cases to the “soap opera syndrome” of behaviors.

Along these lines, you see even more paradoxes. The new Pope criticizes Islam for its intellectual failings, and yet insists that only the Church can dispense “absolute truth.” For all the beautiful closes circularity of Vatican teachings, it somehow helped generate the energy to break up communism in the 1980s. For all the focus in Christian teachings on humility, charity and social solidarity – almost psychological communism – modern Christianity wound up supporting all of our modern technological advances as basically good.

One problem, as we find with the Internet – advances that came about largely as an expansion of mathematical thinking itself – “hyper objectivism” – is the new dangers that individuals encounter (for themselves and for others around them, especially minors) as they find “free entry” into promoting themselves and exploring the world on their own in the parallel bur surrogate cyber universe. In a general way, we could enunciate a secular moral principle, but one closely following most religious teachings, that one ought to have to be accountable to others and providing for others before one is allowed to go too far in promoting oneself. If someone has a loved one to protect, presumably he or she will encounter some natural constraints when entering into controversy. An extreme example of the moral issues that one encounters in disseminating information that one owns to the world was demonstrated in the film Copenhagen (play by Michael Frayn) about the mysterious meeting between Bohr and Heisenberg during World War II.

The moral principle could come up in the future in debates about issues barely recognized yet – like filial responsibility laws. They have a bearing on education. They go beyond the concerns about financial responsibility. They could suppose that, given the deference given by one’s parents and others to bring anyone into the world and rear that person, leads to a moral obligation to pass that deference on to provide for someone else. This does not simply come about by having children, it exists automatically anyway. For LGBT people your into the “moral circularities”: society drives them away from social responsibility (like marriage and child rearing) and forces them to focus on themselves. But at least this gives one a framework for analyzing all of today’s major social issues.

My own history, of thirty plus years of “exile” of urban “countercultural” living makes it hard for me to take these responsibilities. Of particular concern to some people is my penchant for drawing attention to myself (refusing to keep a “low profile”) without having more accountability to others. Especially disturbing to some is my public characterization of myself as a “non competitive male” who does not “protect” others in a conventional tribal way; this is seen as daring others to cause trouble, even when intended as a political statement about gender diversity and psychological polarities.