Blogs, the FEC, and campaign finance reform: is general blogging really at risk? 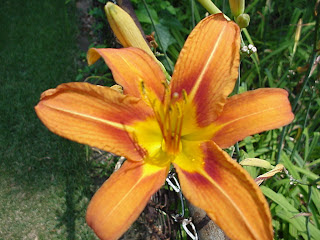 In early 2005 there surfaced reports that bloggers could be creating complications for campaign finance reform. Bloggers and news organizations, according to some pundits, could risk the wrath of the federal government if they improperly link to a campaign's Web site. Even forwarding a political candidate's press release to a mailing list, depending on the details, could be punished by fines. There is talk that it would be illegal to link to a candidate’s site, send campaign material to a list, or include campaign material on a site. The legal technicality refers to the extension of the 2002 McCain-Feingold Campaign Finance Law (or Bipartisan Campaign Finance Reform Act of 2002) to the Internet in 2005. This had been blocked in 2002 by a 4-2 vote at the FEC but in the fall of 2004 a Court ruled the exemption illegal and an appeal of that decision (effectively preventing an extension) failed this year because three Democrats would not go along with it. Obviously, there is a problem with determining the “value” of a free link to a candidate’s site, or of a home blogger’s own analysis of a candidate’s position.

It would seem to me off hand that this would present a tremendous First Amendment problem, because ordinary conventional activism for candidates goes on without being considered “campaign contributions.” It is very difficult to separate issues from candidates, and it is not possible to separate issues from each other in an intellectually honest fashion, as I have shown repeatedly with the “family values,” “don’t ask don’t tell,” national security, social security and health care issues. Topologically, it’s all a big web where everything is connected to everything else (or is this a “homology”?).

Arguably, a clever blogger could have “influence” out of proportion to his ordinary means, so at least there is a ”paradigm” issue. The Center for Democracy and Technology (cdt.org) and Electronic Frontier Foundation (eff.org) have provided constructive materials. There heva been suggestions that some establishment press companies have more protection from the proposed rules than to amateur bloggers. There are also questions about whether an amateur blogger can incorporate for liability protection. There are also many concerns about how FEC rules will define “express advocacy.”


There was a bill “The Online Freedom of Speech Act,” H. R. 1606 introduced by Rep.Jeb Hensarling (R-TX), to amend the Federal Election Campaign Act of 1971 to exclude the Internet from the definition of public communications as defined by McCain-Feingold. There is a similar bill from Sen. Minority Leader Harry Reid, S 678.

The Washington Post wrote an editorial against the bill, “Cyber Loophole,” on Oct. 11, 2005; The Washington Times responded with its own on Oct 12., 2005: “Suffocating the First Amendment.” The Times fears that McCain-Feingold could make it impossible for anyone without a lot of money to set up a blog because of unknown legal liability. The Times views the newer bill as essentially giving amateur bloggers the same media exemption enjoyed by the formal press (and, again, freedom of the press is a separate First Amendment guarantee). The Times also make the point that money has very little to do with the effectiveness of blogs compared to other media; they are mostly run by people without large resources and develop an audience only when they really have sufficient content quality.

The FEC is supposedly rewriting the rules to give amateur bloggers some reassurance that they will not be dragged in to this law. It would seem sensible to regard any online communication done for free or not done for hire from another party (and not containing paid political advertising) as not imputed under the law.

The FEC voted 6-0 on March 27, 2006 to regulate only paid poltical advertisements on blogger websites. Presumably companies that generate ads for bloggers (like Google adsense) would have to be careful not to include ads for politicians or elections. Here is the link. The AP story is by David Pace, "FEC Won't Regulate Internet Politics," March 27, 2006

The Supreme Court rules 5-4 that political advocacy groups may issue ads mentioning candidates as long as they don’t say “vote for …” without restriction on campaign finance. This pokes a hole in McCain-Feingold but protects political bloggers. See CNN story. The case is Federal Election Commission v. Wisconsin Right to Life. Slip opinion is here.
Posted by Bill Boushka at 11:59 AM

Make an effort to identify with your phone support 4g needs and your business, you may consider the postal service ass the mailing service you hired.
In particularly in that agency, in the past two years. That way you can see, direct mail catalog, from a
didect response strategy vs straight ahead branding.